It’s kind of a running joke in my family that I’m in love with Nutella. But, then again who isn’t, right? Kris always got a kick out of the fact that I think it’s best served on a spoon. While he never shared my enthusiasm for it, I do think it’s pretty fitting tha 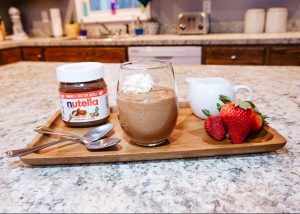 t my first recipe up be my Nutella Mousse. When I head back to Vermont, it seems to be the comfort, calories don’t count, ”snack” that I make for my family to enjoy. It’s pretty incredible how just a couple of ingredients can appear to be way more difficult than it really is!

I love this mousse because it’s delicious on its own, or you could put it with an Oreo crust and make a pie out of it! The hardest part is waiting for it to set in the refrigerator, and I’ll be honest I don’t always wait…

A couple of notes about this recipe. I whip the cream until soft peaks for to ensure that I don’t over whip the mousse. If you over whip it, it will have a grainy texture. After adding the Nutella to the whipped cream, it will lose its form slightly. No worries it will set back up while it chills in the refrigerator. This recipe gives you a little freedom about how Nutella-y (I don’t think that’s a real word, but you get where I’m going with this) you want it to be. The chocolate flavor does intensify as it chills.  Enjoy! 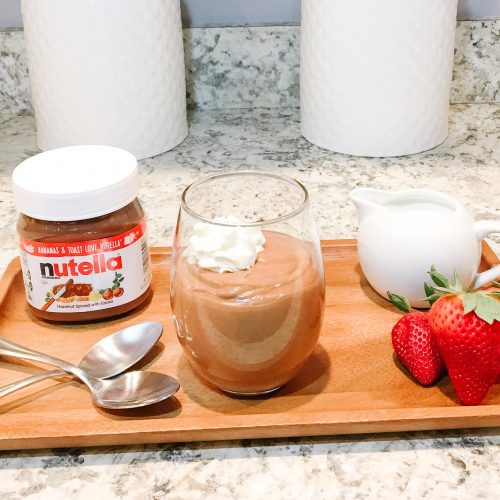